Should I eat vegan?

Should I Eat Vegan? A 4-step guide.

I have been wondering about this question for a while now. I eat about 50% vegan meals at this point (check out my most recent vegan recipe here, so good), but, why is it so important? What are the reasons why veganism is critical not only for the environment, but also for health?

I have read article after article on both sides of the argument, but in order to get a more detailed and informative answer, I decided to compile all of that research and stick it in this blog post. Let’s look a little closer at the reasons why people go vegan.

1. Put an end to animal cruelty.

According to this website, we have to face the bitter truth: being vegan is not cruelty-free. Veganism does not protect animals that are poisoned or harmed when crops are harvested. Being vegan does not save the animals that are killed due to pesticide runoff from vegetables and fruits. Looking to stop the destruction and exploitation of the environment used for harvesting oil, metals and more? Veganism doesn’t do that, either.

However, according to Animal Aid, you reduce the demand for animal products by refusing to pay for them. This therefore ensures that fewer animals are bred to suffer and die for human gain.

Thoughts: While both sides of this argument make sense, wouldn’t it be better to take a risk in the hopes that cruelty towards animals will be reduced? By making one move in the “vegan” direction, we increase awareness and encourage our friends to get on board.

2. It’s better for the environment.

Around 18-51% of man-made pollution comes from the meat industry according to World Watch Institute. The crops and water required to feed the animals and transport meat to distributers places a heavy weight on the environment. 1 pound of hamburger meat equals 75kg CO2 emission, which is about the same as using your car for more than 3 weeks.

Why is it important to reduce pollution? Less pollution means less hazards exposed to the public and the environment, and this is important for the future health of humans.

In Brazil alone, the equivalent of 5.6 million acres of land is used to grow food for animals, according to the Vegan Society. This highly contributes to world hunger and malnutrition because it forces impoverished populations to grow crops for animal feed, rather than nutritious food for themselves and their families.

According to Steve Boyan, PhD, (great read by the way – I barely even touch the amount of detail that Boyan gets into in this article), 10 people can be fed with the grain that it takes to feed a cow. Boyan says he was not originally moved by this statement. Instead, he was moved by the fact that for every pound of beef we don’t eat, we can save anywhere from 2,500 to 5,000 gallons of water, which Boyan says, needs to be done. We are depleting our underground water systems faster than we are replenishing them, and they are going to run out. In fact, some already have.

What will happen if we fail to conserve water? Eventually, an adequate, healthy water supply will not be available.

There have been studies that show that veganism can help people lose weight and increase energy. What about health conditions and illnesses? Veganism may have benefits for type 2 diabetes and improving kidney function, according to Healthline. 43% of participants following a vegan diet were able to reduce their dosage of low blood sugar medication in one study. Other studies suggest that diabetics who switch to a vegan diet can reduce their risk of declining kidney function. Vegan diets are much more effective at reducing blood sugar and total cholesterol levels than other diets. This also means that vegans also have a lower risk of dying from heart disease.

Veganism can also help protect against some forms of cancers. A recent review of almost 100 studies found that vegans have a 15% lower risk of developing or dying from cancer. Some of these statistics are based off of the fact that a vegan diet includes more fruits, vegetables and legumes – the research done does not specify the effects of eating animal products. But, until researchers know more, isn’t it better to eat less meat in the hopes that it will reduce your chance of developing cancer?

What does this all mean?

Also a note – veganism goes beyond just food. Vegans do not wear clothes, shoes or furnishings made with animal products. Being vegan does not support environments where animals are being held captive for the benefit of humans, such as zoos, parks, aquariums, horseraces, etc. Vegans rescue and adopt abandoned animals instead of supporting breeders.

If it is possible to live a life that involves yummy and nutritious food, improves our health, leaves a smaller carbon footprint and avoids killing animals, why don’t we? I think it is a good decision to go vegan. We don’t need just one person being a perfect vegan, but instead we need our whole society trying their best.

Visiting Antelope Canyon – Is It Worth It? 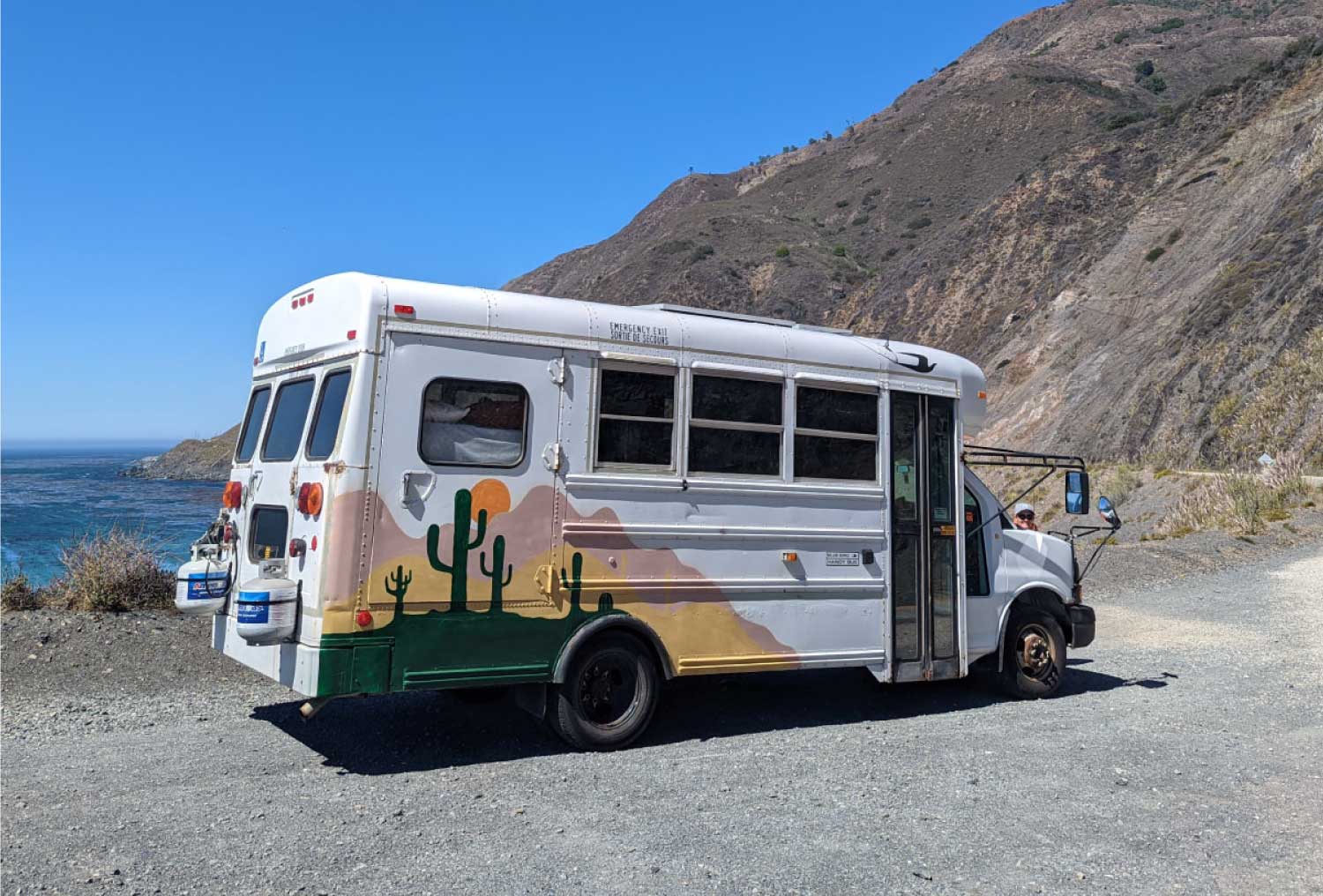 When I started researching what I’d need to make the bus reliably solar-powered for everything I’d need, it felt like I was reading a different

All About “The Wave” Hike

All About “The Wave” Hike near Page, Arizona In the Spring of 2022, we were lucky and fortunate enough to be able to do The